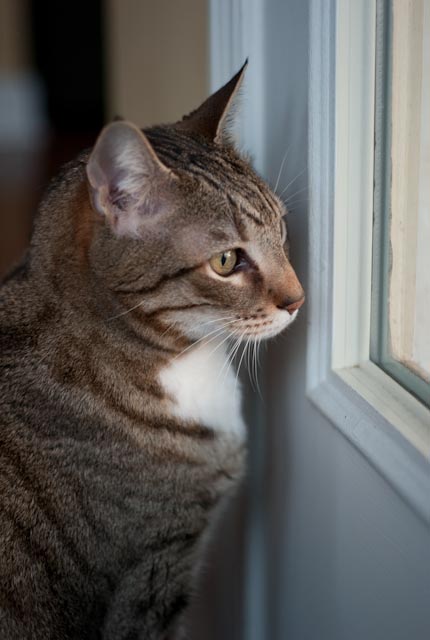 Bailey was MY cat … I guess you could really say, I was Bailey’s human. Bailey was patient with me. He always waited for me to sit down and get comfortable. Then he’d look and take a moment to survey my seat. Finally, he would hop on up and nestle himself down beside me with his paws on my leg. If I was in the way, he would wiggle back and forth until I moved over. That was his polite way of saying, “this is my seat, but I’ll share it with you.”

Bailey was known as the purrr-meister. His voice box could rival the loudest Harley on a Sunday afternoon. Bailey would begin to purr at the sight of me – or at least that’s what I’m sure he wanted me to think. Bailey might have been purring at the sight of the cat food can I had in my hand. I may never know, but I know I felt him purring from the next room.

Bailey had me trained well. He would herd me over to the kitchen cabinets beside the sink and then tell me what he wanted. “Mow … Mow … Mow, Mow” I finally decided it was morse code for “Treat Now … Treat Now” He would get more intense and the pauses between meows would diminish as I took the bag of treats off their shelf and opened the ziplock bag. As I placed my hand inside to grab a few, I would be met with his paws at the top cabinet drawer. He seemed to tell me, “Good human, now hand them over, quick, I’m starving.” I would throw a few on the floor, or at least I think they made it to the floor. Bailey would sweep them up like a vacuum and then ask for more. “Sucker,” I would mutter to myself as I took out another handful.

Everyone loved Bailey. That includes our four other cats. They all loved Bailey even if they occasionally fought among themselves. As I was Bailey’s human, the other cats were his children – even if just figuratively. Jack, Lizzy, Sandi or Henri would all seek out Bailey’s approval when coming inside the house. They would rub their scent all up and down Bailey and wait while he sniffed his approval. Only then could they continue to the food bowl for a snack.

At night, Bailey would allow one of his children to curl up next to him. Especially in the winter when it is colder, Bailey wanted warmth. Sometimes everyone would fight for the right to sleep next to Bailey. Sometimes Bailey gave in and two or three would curl up with him. Everyone loved Bailey. 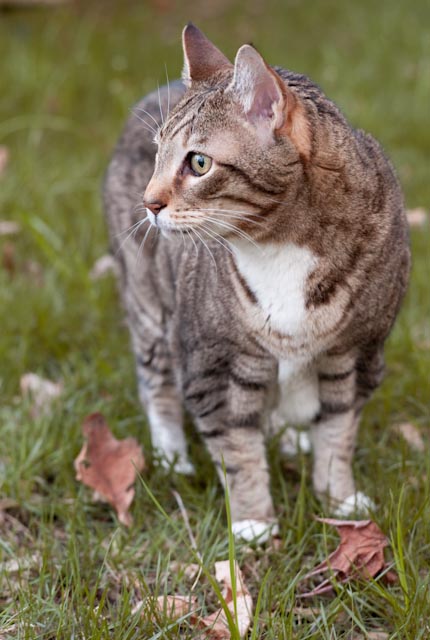 Bailey had no need to go outside. Bailey had four other cats to go do his bidding out of doors. All Bailey needed was the door to be opened so he could sniff the air. Bailey could tell another cat coming from two doors down or smell a squirrel before the squirrel even decided to make a trek into our yard. Bailey had a keen sense of smell. He just didn’t want to go outside. So he didn’t. But, Bailey would sit in the doorway sniffing for half a day if you would let him.

As I sit back tonight and reflect on the joy and the happiness that Bailey has brought to my life and my family’s life for the last 13+ years, there is no doubt in my mind that I was Bailey’s human. I am grateful he picked me and I will miss him.