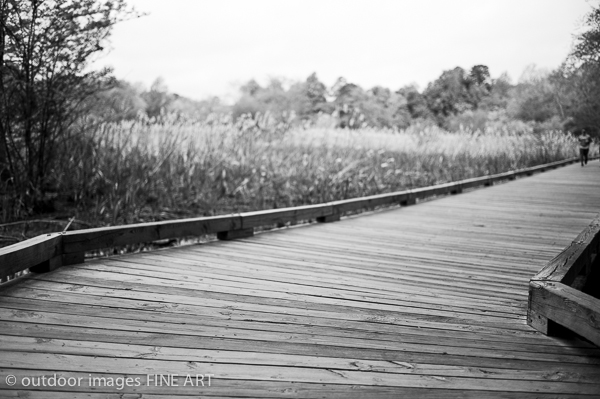 After a few weeks shooting daily with the Monochrom, I have begun to remember some of the film training I have not used in a number of years. I spent a cloudy morning on the greenway looking for suitable lighting, contrast and subjects. This is some of what I found and some of what I put to use from working with black and white film. 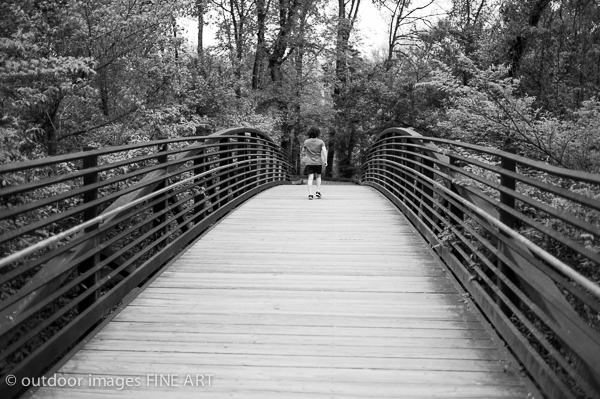 walking over the bridge 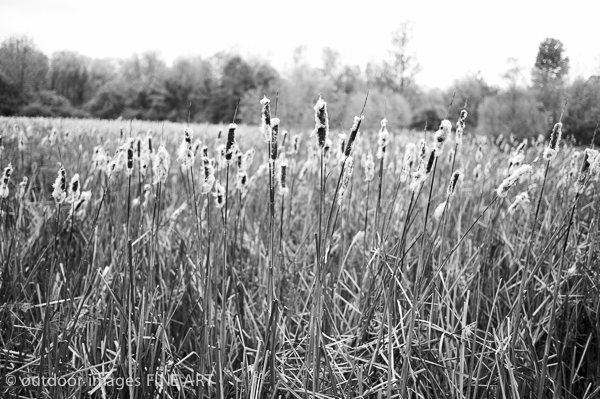 Cattails have always fascinated me. They are edible. They last a long time after the growing season and they look great when photographed in black and white. The detail in the top, or fruit, of the cattail is like cotton filaments. Detailed and highlighted. I had to expose this image to keep that detail and not loose it to saturation. I’ve blown out the specular highlights in the sky, but that was unimportant to the image as a whole and any detail there would further distract the viewer from the cattails. Using an f/stop of 1.4 helped separate the cattails from the background and carefully increasing the contrast helped give them the Leica pop.

Again, I kept a narrow depth of field to help focus the viewer from an otherwise busy scene. I used the automatic mode and metered on the weathered wood walkway. The specular highlights in the sky are blown – but who cares? It wasn’t the point of the image. As I got ready to take the photograph, I saw a runner headed my way. I probably should have waited a tad longer, but I wanted the runner to be out of focus. The runner isn’t the point of the image, but lends nicely to the otherwise plain, natural backdrop. The varying tones and densities of the grey, weathered wood is what I was after. 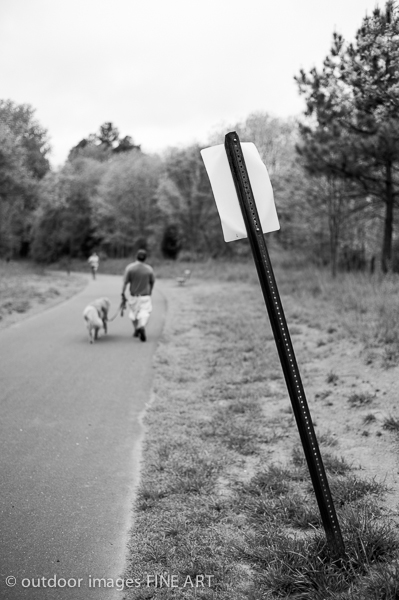 I like the leaning sign. Bright and dark at the same time. I set an exposure based on the pavement and then a dog-walker came by me from behind. I simply waited until he was nicely centered in the shot. Notice the runner’s head is about even with the man’s head. Also note that the runner is about even with the bench on the other side of the man’s head. This shot was all about the line from the leaning sign and the placement and size of the people. 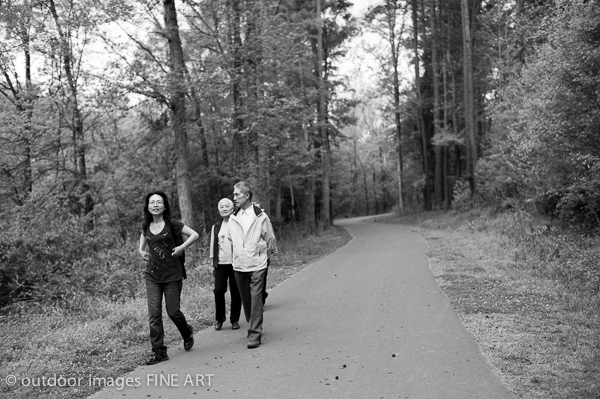 I am mostly a nature photographer, so photographing random people I don’t know is new to me. In this test I prefocused the Summilux-M 35mm ASPH to about 15 feet at f/2.0. I wanted a narrow depth of field. I started walking towards them, thinking about the distance between us. The Monochrom was above my waist, level with the ground. When I guessed I was 15 feet away, I pressed the shutter. What I forgot was to see what the people were doing when i snapped the shutter. In this case, I got lucky. The woman had just finished fixing her shirt, but looked like she was doing the chicken dance. Her father (?) was intently listening or watching. In any case, the focus was good and I liked the composition. 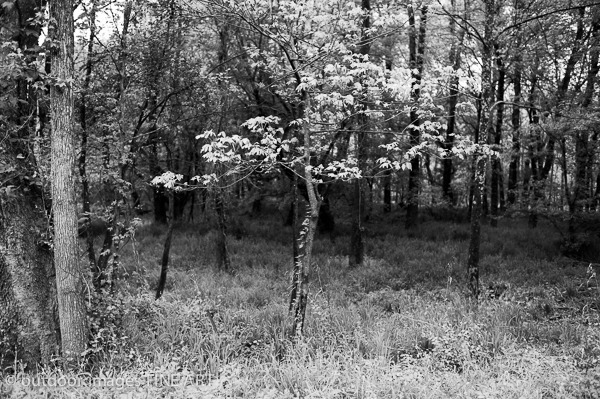 Back to nature for the final shot. This sapling was near the light at the edge of the path and was also filled with new, light green leaves. I knew that a green filter would expose for better contrast, but the yellow filter was better than none. I also knew that exposing for these highlights would enable me to keep the shadowed background darker.

The detail of the Monochrom is stunning. When I have a moment, I’ll insert some detail crops. In the meantime, find some filters. Good ones are not always in stock, but hold out for a b+w or a heliopan. They are made in Germany and worthy of a Leica lens.

Next time we’ll talk about the sensitivity of the Monochrom and how little of an exposure adjustment can blow the highlights.