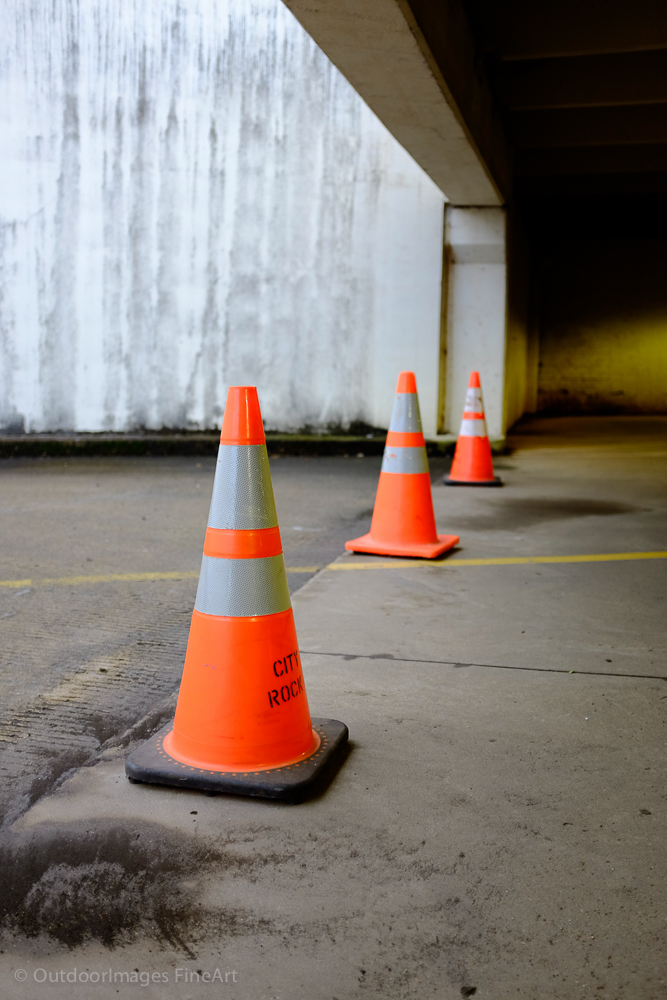 I keep posting about how much I like the in camera JPEG files with no modification.  I guess part of this is because I “grew up” on film cameras where what you shot was what you got.  So, I like the challenge of nailing the exposure in the Fuji X100s and using the JPEG out of the camera instead of the crutch of the RAW file post-processing.  The point today is to show two images in a kind of blind test to see which one you like the best.  Then, in the text, I’ll tell you which image was the RAW image and which was the JPEG.  For purposes here we are looking at color and image properties other than sharpness.  You can click on the image and view it larger, but the point here is not clarity or sharpness, we’ll call those equal in this case. 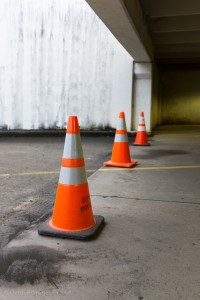 cones in a parking garage – one

cones in a parking garage – two

Here’s more information.  One of the images was processed in Adobe Lightroom 4.4 by adjusting the exposure +.70, the contrast +32 and the saturation +6.  The other was a JPEG of the original RAW file and processed inside the Fuji X100s by changing the film type from Standard to Velvia, pushing the exposure +1 EV and changing the shadows from Standard to Medium Hard and the color from Standard to Medium Hard.  In case you didn’t know, one of the other great benefits of the X100s is the ability to process a RAW file within the camera to get a JPEG of any of the film types and other settings, after shooting.  In this case, my original shot was a little darker than I wanted.

Ok, the answer is the RAW file is image one and the JPEG is image two.  I like the saturation of the cone shadow just a bit more in the RAW file, but I like the black rendition, especially the dirt in front of the cone, in the JPEG.  Always a matter of choice, but for fast shooting and sending files on to the web or to be used in any kind of journalism, the JPEG output is superb.

I’ll be printing a few black and white JPEG’s from the X100s this weekend in a 13 x 19 format and I’ll let you know how that turns out.  I expect that with a 16mp sensor it won’t be any trouble.