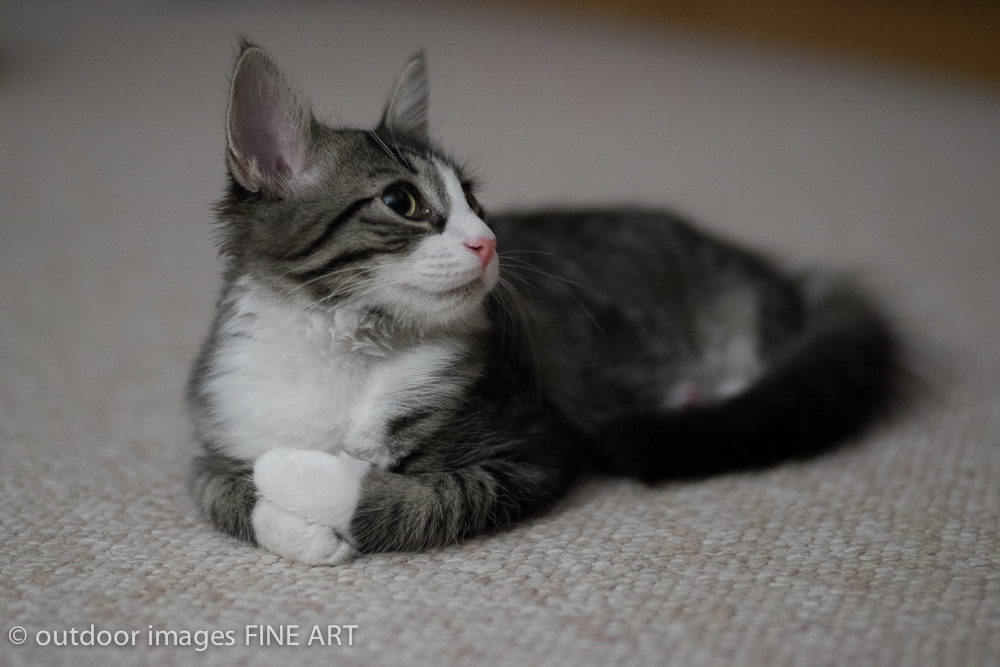 One of my favorite features of the Fuji X-Series cameras, including the X-T1 and previous models, is the in-camera RAW processing features.  Ironically enough, like the famous James Bond inventor of magical spy tools, this Fuji feature is accessed using the ‘Q’ button.

This portrait of our newest kitten was taken with my Fuji X-T1 and a Voigtlander Nokton 50mm f/1.5 lens (the new chrome version).  I used the viewfinder and focus peaking with the Leica-M Lens adapter. More importantly, I used the black and white settings I love so much.

As I reviewed the image, I wondered what it would look like in color.  So I tested the image by reprocessing it with the Pro Negative settings.  I found that it gave Moby a great color contrast as the pink on her nose came out with the right tones.  Even better, the subtle colors of her white fur – the details and shadows alike – brought this image to life.  Very infrequently will I move an image from black and white towards color, but this was one. 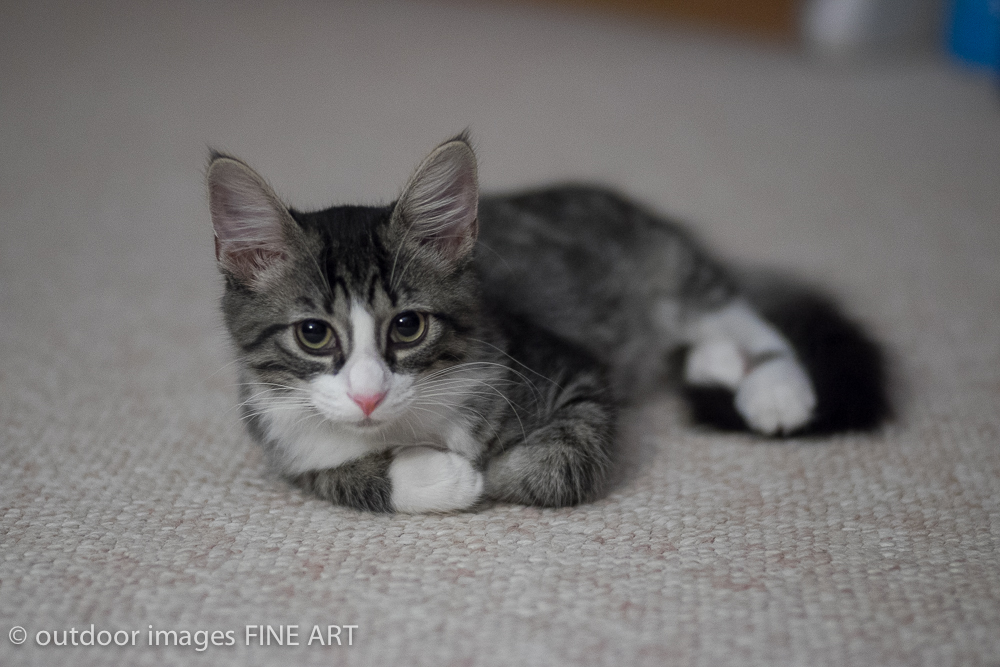 Moby – Are you done yet?

This image was similarly adjusted by the famous ‘Q’ button.  Also important though, I did manually adjust the white balance in these photos before shooting.  Even when using the black and white settings, I set the white balance because, well, of times like this.

I opened up the exposure using the ‘Q’ button by +1/3 stop, giving me just a little more brightness, but still keeping the white fur detail.  I also added a little sharpening that I forgot to add the first time around.

Bottom line, by the time I exported this image into Lightroom, I had nothing left to do but use the image.  No more adjustments were needed.  The screen on the back of the X-T1 has more than enough detail and a great color palette to allow for this type of editing.  The image isn’t saved if you don’t like it, so you can process several different tries until you get the look you like.

The beauty is that the RAW image data is used to create the final JPEG.  So, no data is lost going from high contrast to low or dark to light.  This is certainly a great feature for the X-Series and one of my favorite!